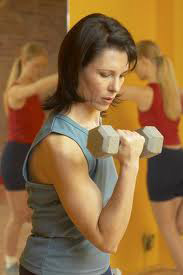 As a Grand Rapids chiropractor I have to say that there isn’t much difference between the skeletal structure of men and women, with the exception that the female pelvis is wider to allow for childbirth, and the forehead bones of the male protrude more and the overall frame is frequently larger. And, to be honest, though I’ve never fully understood the philosophy that “women are from Venus, men are from Mars,” at some level this seems plausible to me and I’m far too intelligent to debate the issue with either sex! But, one difference between men and women that my mother asserted with pride was that “men sweat and women glow.” And, though I never debated this issue either, I was pleased to run across new research published in the journal Experimental Physiology that concluded that women have to work harder than men in order to start sweating, and that men are more effective sweaters during exercise. (Ergo, women are more effective “glowers.”)

The researchers at Osaka International University and Kobe University studied the differences between the sweating responses of men and women as they participated in exercises in which the intensities were changed, i.e., four groups of trained and untrained females and males cycled continuously for an hour in a controlled climate with increasing intensity intervals. The results? Men were shown to be more efficient at sweating, and that while exercise training improves sweating in both sexes, the degree of improvement is greater in men. Untrained females had the worst sweating response of all requiring a higher body temperature to begin sweating. The bottom line? According to the study’s coordinator, Yoshimitsu Inoue, “It appears that women are at a disadvantage when they need to sweat a lot during exercise, especially in hot conditions.” This finding may explain why men and women cope differently with extremes in temperatures, with women adapting better to hot environments, but men having greater efficiency of action under the same conditions.

But, sweat or “glow,” exercise for both sexes is essential for good health, including a strong musculoskeletal system.